CHEBOYGAN — At the Cheboygan City Council meeting on Dec. 14, council voted to vacate a portion of an alleyway known as Antoine Street, at the request of car dealership owner Tom Bishop.

The council had discussed this matter at a public hearing two months prior, but there was an overwhelming opposition from surrounding property owners voiced at that meeting. Council members voted 3-3, and the motion failed with it being a tie. Cheboygan City Mayor Pro Tem Brett Mallory had been absent at that meeting.

“This is back before council again because we did go through some of our ordinances and policies,” said Cheboygan City Manager Dan Sabolsky. “We did find a policy that was drafted a while ago that said that there was a public notice required of I believe it was seven days to neighboring, adjoining residents.”

Sabolsky said that seven day notice had not been provided to the surrounding property owners, they had been given around 48 hours notice.

In order to comply with the city’s ordinance and policy the way it was written, the matter was brought back before council last week, after the surrounding owners were given the proper notice.

After the mistake had been noticed, Sabolsky worked with other city staff members to revise the city’s internal policy and procedures to include what was written in the ordinance, so the same mistake was not repeated moving forward.

Bishop has requested a portion of the alleyway now known as Antoine Street be vacated, allowing him to consolidate the Bishop car dealership’s parking lots at the corner of Huron Street and Mackinaw Avenue. By consolidating the parking lots, he said it will help to reduce the amount of traffic going through the area and make it safer for everyone who is in the car lot, as well as the residents around the dealership.

The portion of the alley he was requesting be vacated intersects with the road right-of-way of Clinton Street, which had already been vacated by the city at the request of Bishop two years ago.

Ray Lofgren, representing Bishop at the council meeting as a contractor who has worked on the project, said Bishop, his family and the 40 employees of the dealership believe in having everything as beautiful and nice as possible with their properties.

The Bishop family has owned the Cadillac GMC dealership at the corner of Huron Street and Mackinaw Avenue for the last five years. They have grown and expanded the dealership to include the old Midas Muffler shop on the south side of Mackinaw Avenue and the former gas station.

The request was to vacate the portion of the alleyway that was currently on Bishop’s property.

Michele Borowicz, the only other property owner on the block of Antoine Street being requested to be vacated not owned by Bishop, spoke in favor of the vacation of the alleyway and the positive changes Bishop is making.

Her house had been broken into several times before Bishop purchased the dealership. Since the improvements have been made to the property, she hasn’t had any issues. There also haven’t been issues with other people parking in the street so she couldn’t leave her property.

“I’m just saying that I am really, really in favor of it,” said Borowicz.

The council members voted unanimously to approve the vacation of the alleyway now known as Antoine Street — between block three and block seven of McArthur Smith and Comps, First Addition to Cheboygan Village Plat — as it had been requested. 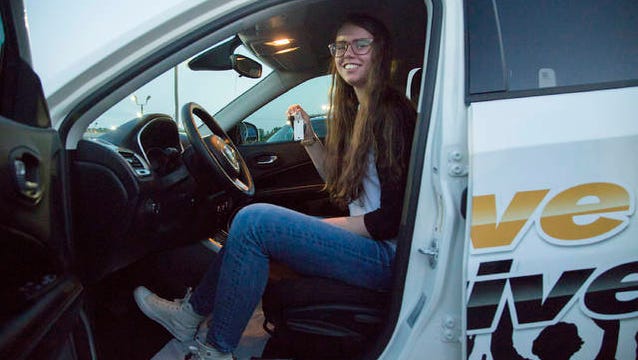