JOLIET, IL — In a 5-3 vote, the Joliet City Council voted in favor of approving a special use permit so that Lenny McEnery can build a new Gas N Wash at the northeast corner of Caton Farm Road and Ridge Road, not far from the Plainfield South High School campus.

“This is my current view of my backyard,” the man remarked. “That’s going to completely change. My wife and I, my kids, family, friends, we all like to sit back there, relax, chill, have a good time. It’s now going to be greatly impacted by constant traffic, cars, trucks, vacuum cleaners. I mean, it’s going to be 24-7, yes, the vacuuming is hopefully going to stop at 10 o’clock, but I don’t want to hear it all the way up to 10 o’clock. By that time, it’s almost time for bed.”

Councilman Hug thanked the resident for his feedback, however, “I’m in support of this from an economic development,” Hug said. “This is a parcel of land that was annexed and zoned for commercial in 2006, so it’s not like Johnny Come Lately to the game. It was known for … 16 years.”

In the spring of 2021, McEnery also opened another far west side Joliet station, building a Gas N Wash at the corner of Drauden Road and Theodore Street.

“A number of people that I’ve talked to specifically on the Drauden and Theodore one, a number of those people said they actually turned out to like it,” Hug said. “So, I’m hoping this can work the same, if it does pass, for the folks that live immediately adjacent to this development, along with the Aldi’s and Walgreens that’s there.”

Councilwoman Gavin continues to attend the meetings remotely. Prior to her vote, the east-side of Joliet resident informed everyone that the new Lenny’s Gas N Wash on Route 6 and Gougar Road has been a great addition for her constituents.

“I’m going to vote aye on this, we, too, have the new Gas N Fuel, and we had those same concerns … that the other residents fought for, and we found out that it was not to be true, it is a great facility, a great impact in my district, and so I’m going to vote aye,” Gavin said.

The Lenny’s Food N Fuel near Ridge Road and Caton Farm Road calls for a 7,000-square-foot convenience store, with an additional 1,000 square feet of retail space to the east. The main building will feature two separate drive-through aisles for each respective drive-through lane, city of Joliet documents show.

2 charged with murder in shooting at Jackson gas station 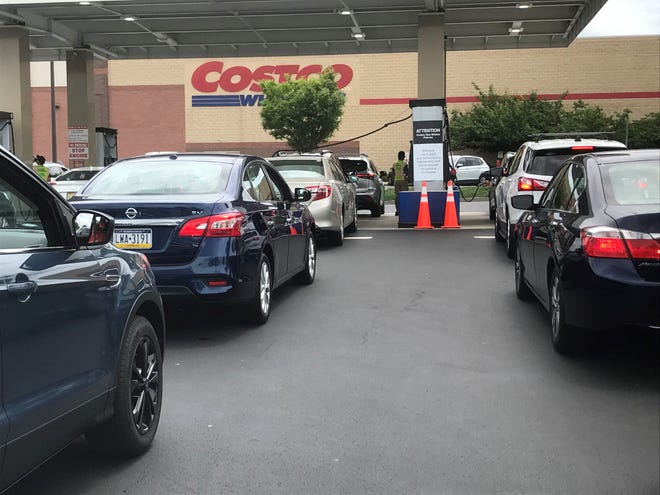