In an era when car dealerships are facing increased scrutiny about how they conduct business, Warren Henry Auto Group is betting big on its future, having constructed a $120 million dealership in North Miami, Florida. The company’s story stretches back to 1976 when Larry Zinn’s father Warren opened his first car dealership. By the time the 21st Century rolls around, the company’s facilities were spread over 15 acres in Miami Gardens.

There were just 28 service bays, the showroom wasn’t big enough, and the company’s customer base had shifted to a different part of town.

PIC WH1
The footprint of the four-acre site may seem, at first glances, like a size downgrade from the Miami Gardens sprawl. Larry Zinn, the general manager of Warren Henry Auto Group, told Newsweek that the question became, “How do you take the need for inventory, parking, etc., and compress it into that size?” The Group’s architect found a solution.

The new North Dade dealership site is the equivalent of 19 acres of concrete across seven stories. It allows for more of the company’s inventory to be kept in a climate-controlled environment – something very important in the hot and humid weather South Florida offers. It sports 82 service bays allowing for faster in and out, and less wait time for an appointment – something Zinn calls “a total game changer.”

The NE 151st Street location is now the home of Land Rover North Dade, Jaguar North Dade, Koenigsegg Florida, and Warren Henry Infiniti under one roof. Zinn calls the new space “future proof” saying that it’s been wired for 400 electric vehicle chargers across multiple floors. Currently, there are just 24 installed. This move was in place before electric and electrified vehicle product plans, now on their way to fruition, were announced.

The 45-year-old family business set out to create “a beautiful luxury experience” that welcomes customers and makes them “feel comfortable”.

The spaces allow clients to fully customize their vehicles. Materials that automakers will appoint the models with are on-hand so that buyers are able to touch and feel them ahead of signing on the line. Clients can see their vehicle built digitally before it arrives giving them an idea of the proper scope of their decisions.

Warren Henry Automotive Group isn’t stopping there. The company has plans to expand its footprint in the Miami area with another massive dealership. The current location of Jaguar Land Rover of South Dade will be replaced by a two-story, 56,889-square-foot dealership that houses a service center on the second floor and a separate building for detailing and car wash services.


Connect To Your Customers & Grow Your Business 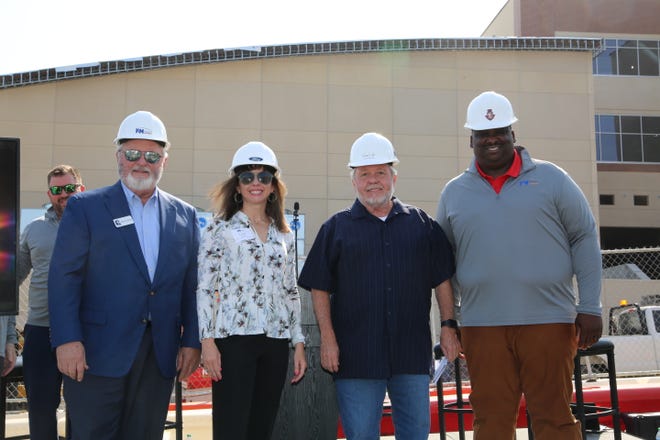