The body of Pontoon Beach police officer Tyler Timmins arrives at the St. Louis medical examiner’s office from SSM Health St. Louis University Hospital on Tuesday, Oct. 26, 2021. Timmins was shot while walking toward a vehicle he believed was stolen on the parking lot of a Speedway gas station, at Highway 111 and Chain of Rocks Road. Photo by Robert Cohen, [email protected] 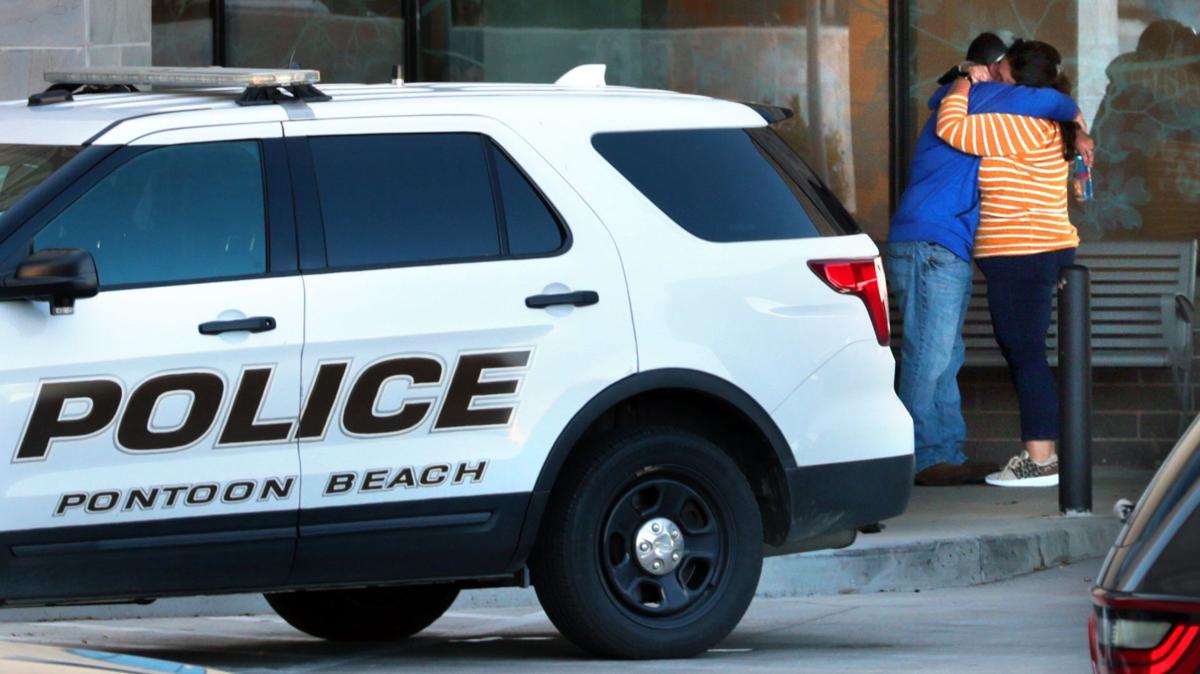 People embrace outside the emergency room at SSM Health St. Louis University Hospital after a Pontoon Beach police officer was shot at a gas station at Highway 111 and Chain of Rocks Road on Tuesday, Oct. 26, 2021. The officer was airlifted to the hospital with life-threatening injuries. Photo by Robert Cohen, [email protected] 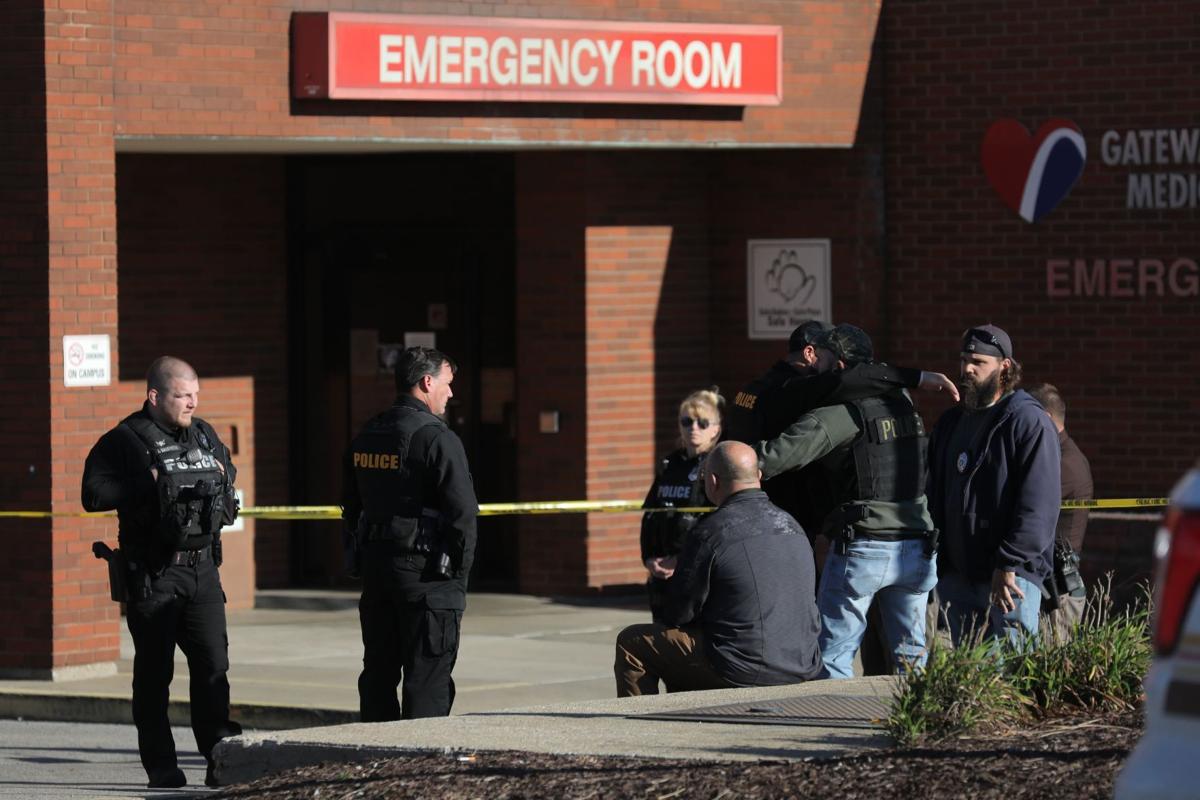 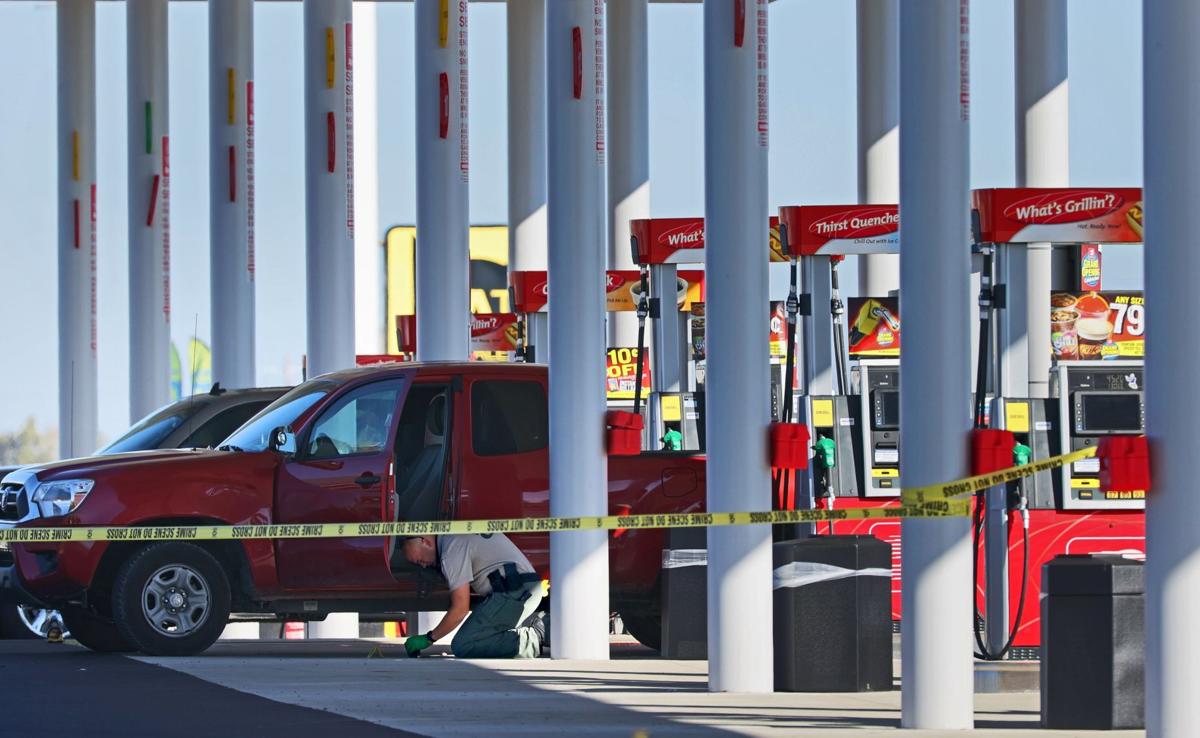 A crime scene investigator works the scene of a shooting on Tuesday, Oct. 26, 2021, at the Speedway gas station at 1310 Chain of Rocks Road in Pontoon Beach. Photo by Christian Gooden, [email protected]

PONTOON BEACH — A Pontoon Beach police officer has died after being shot Tuesday morning at a gas station.

His body was transported to the St. Louis medical examiner’s office Tuesday afternoon, escorted by a procession of police cars that stretched for a half-mile.

Timmins was shot about 8 a.m. Tuesday on the parking lot of a Speedway gas station, at Highway 111 and Chain of Rocks Road. As the officer walked toward a vehicle he suspected had been stolen, a man began firing shots, Bufford said.

Illinois State Police said a man was arrested on the scene immediately after the shooting. Police had not publicly identified the suspect.

The vehicle that apparently sparked the officer’s interest was a stolen Toyota Tacoma pickup truck with Missouri license plates.

The injured officer was rushed to a hospital in Granite City with life-threatening injuries, then transferred to SSM Health St. Louis University Hospital, which specializes in the most critical cases. Officers from numerous departments congregated outside in support.

Pontoon Beach, a village in Madison County, has a population of about 5,800 residents. The village employs 22 people on its police force, including four dispatchers and a records clerk.