“After meeting and talking to a few other business associates, I decided that … do we want to pass this opportunity up?” he said. “I know that we’ve been trying to get developers interested in the property. It’s a major undertaking, obviously, the whole picture. So I kind of believe that this would be something to help maybe draw interest to the area and maybe bring more development to the area.”

A digital illustration of a Mazda dealership planned to replace the former Danbarry Cinemas in Miami Twp. CONTRIBUTED 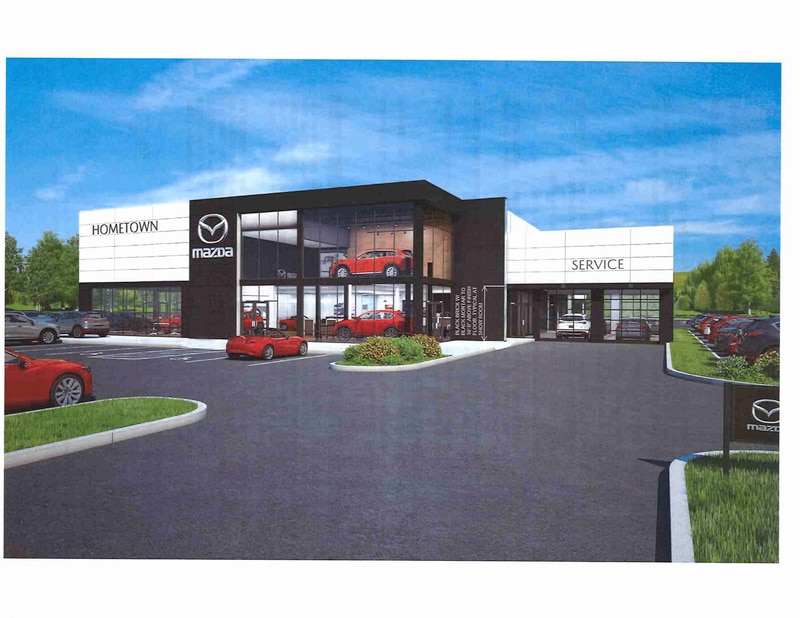 A digital illustration of a Mazda dealership planned to replace the former Danbarry Cinemas in Miami Twp. CONTRIBUTED

Kenwood Dealer Group purchased the building that once was home to Danbarry Cinemas along with approximately eight acres for $2.1 million earlier this year. But KDG’s plans to spend a total of $7 million to open a 30,000-square-foot Mazda dealership there hit a speed bump in September when the township’s zoning commission recommended that the trustees deny that request.

Zoning commission members said they did so because the site did not match the Dayton Mall Area Master Plan developed in 2015.

After a public hearing on the matter Tuesday, trustees John Morris and Terry Posey Jr. voted to approve a resolution that amends zoning for the site, essentially rejecting the Miami Twp. Zoning Commission’s recommendation.

Morris said that a zoning board looks at what uses fit a specific area, while a trustee must examine more broadly what is best for the entire township.

He said eight business owners wrote to voice support of the dealership, including two that previously wrote in opposition to it. He said he also solicited information from area residents via Facebook polls that showed support for the plan.

“That was my reasoning for feeling very comfortable with accepting a proposal that’s going to bring up to 100 jobs and redevelopment on a corner lot,” Morris said. “That’s a guarantee.”

Had trustees denied the proposal, Kenwood Dealer Group could have turned the site into an oil change shop, a moving equipment and storage rental company or any other type of business that was already approved there, he said.

“The only question here was whether or not we were going to allow (them) to put in a $7 million, beautiful, brand-new car dealership versus some other type of use, and I didn’t want to take that risk,” Morris said. “I thought it was far better to have a bird in the hand than two in the bush.”

Posey told this news outlet he voted the way he did because the public response presented at Tuesday’s hearing was “completely changed” from the sentiment at the time the Zoning Commission made its decision.

“In short, now it was nearly unanimous that the zoning change could be a catalyst for development in an area that had been seeing some decline,” he said. “The project is going to bring a quality redevelopment and nearly 100 jobs.”

Culp said he voted against the resolution because the he wants to protect the township’s urban core.

“As much as we want to redevelop that area and do it as quickly as possible, the Dayton Mall, whether it’s going to be a mall in the future or not, is the urban core,” Culp said. “You don’t see other communities that are actively developing their urban core in an active fashion … putting dealerships into those areas.”

The proposal to put a dealership on that property goes against the township’s zoning, its comprehensive plan and the Dayton Mall Master Plan, he said.

The vote of his fellow trustees “totally ignores township expertise,” he said.